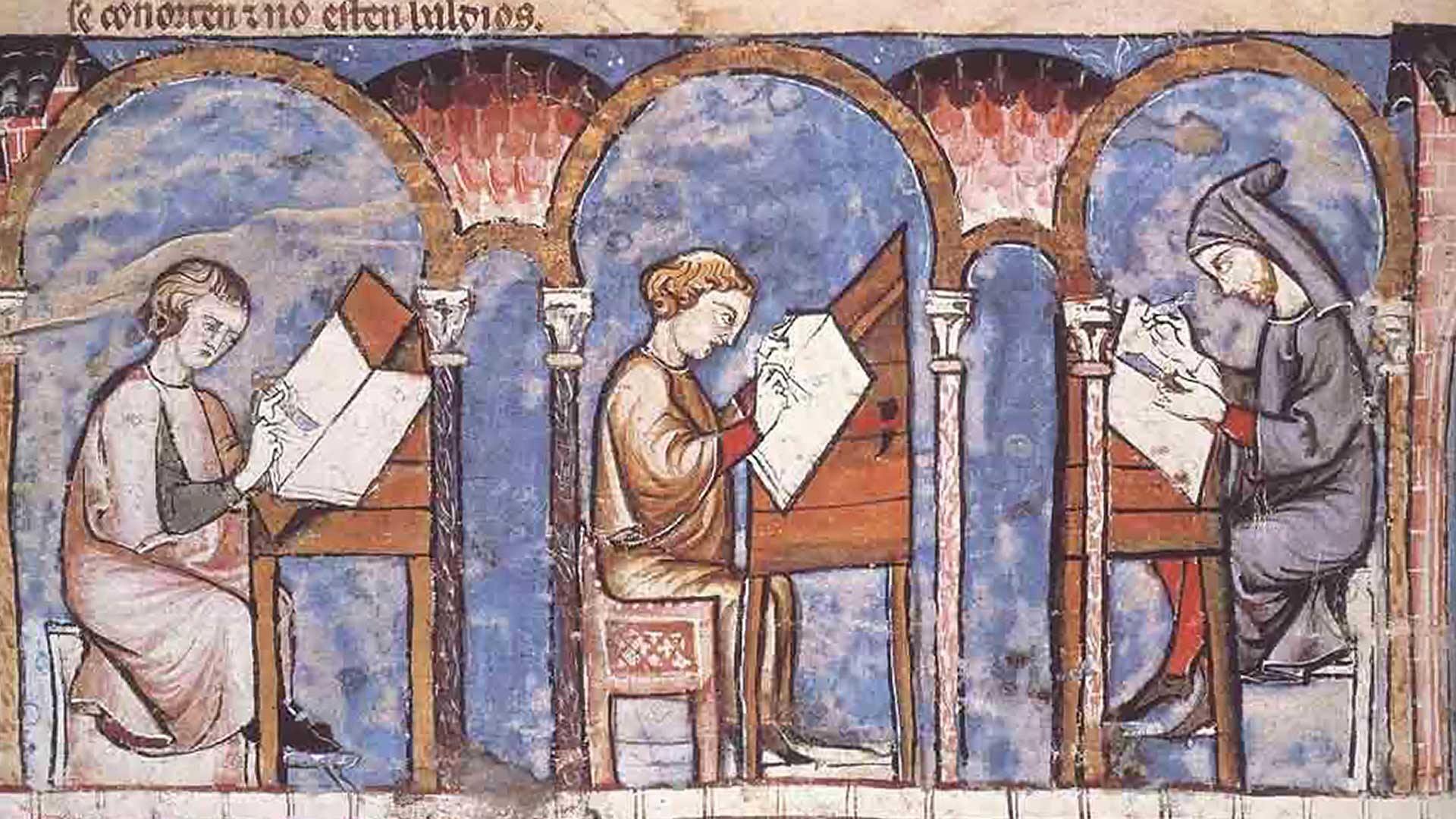 Located in the north aisle, our Scriptorium is a ‘writing room’ for our staff and their guests.

The word ‘scriptorium’ echoes the world of the medieval monastery – appearing across western Europe from the sixth century onward. These monasteries were major centres for intellectual activity and fundamentally shaped the cultural heritage of the west. Their scribes copied older manuscripts and so preserved much of classical culture for future generations, including our own. They also composed new works on an enormous range of subjects, ranging from theology to history, astronomy, medicine, the natural world, law, politics, and art. The concept of a ‘scriptorium’ came to mean the physical space where they worked but also the intellectual collaboration between scribes. They also played a significant role in the emergence of universities in Europe, including the University of Cambridge, founded in 1209. The one situated in the Round Church is where our thinking community exists and works. 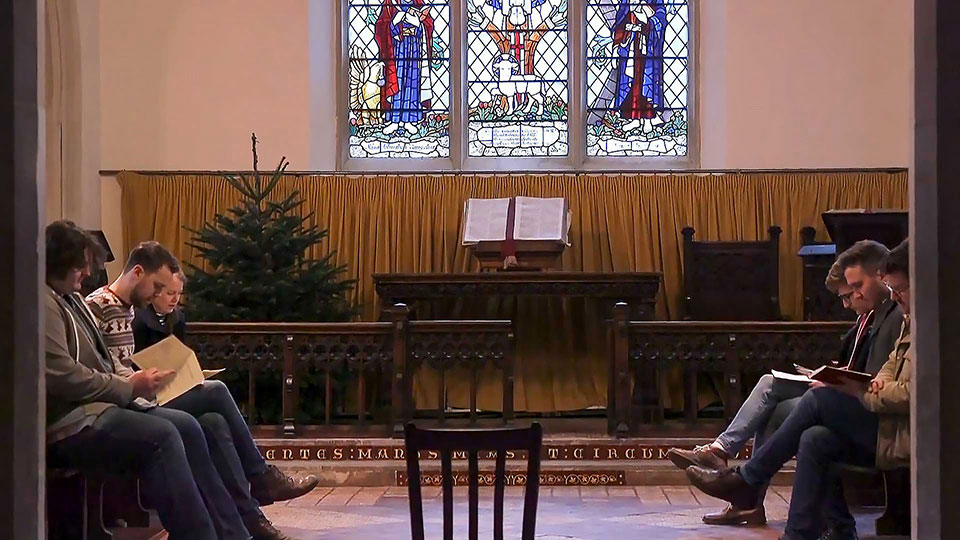 Bible and prayer at the beginning of the day, through which we are welcomed into a reality bigger than that of our own lives and studies. Our custom before beginning the first study session is to share thinking and/or writing goals for the day with the person you are sat with.

Study sessions are carried out at our desks, equipped with WiFi, a reading lamp, 2x mains sockets, and a USB charging port. We provide the materials for tea and coffee with a 15 min break in the morning. 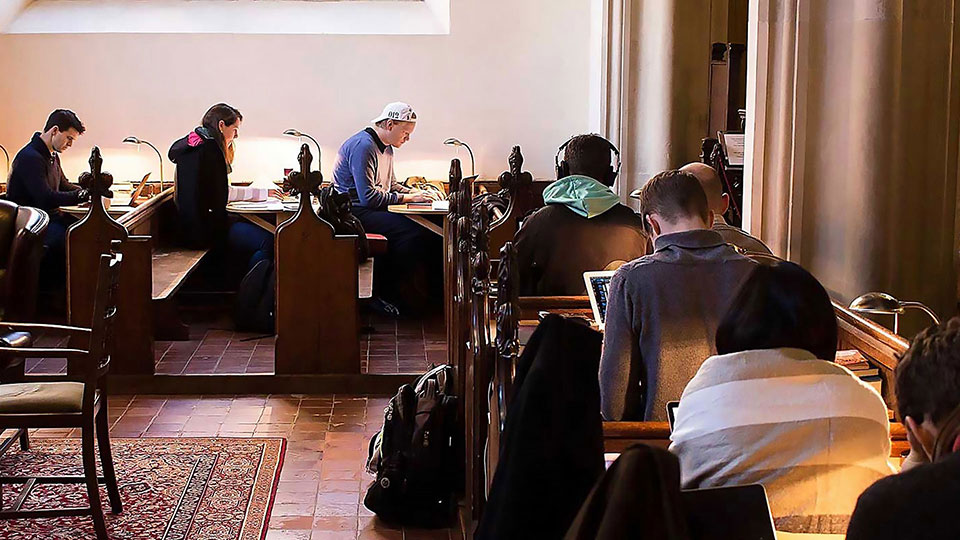 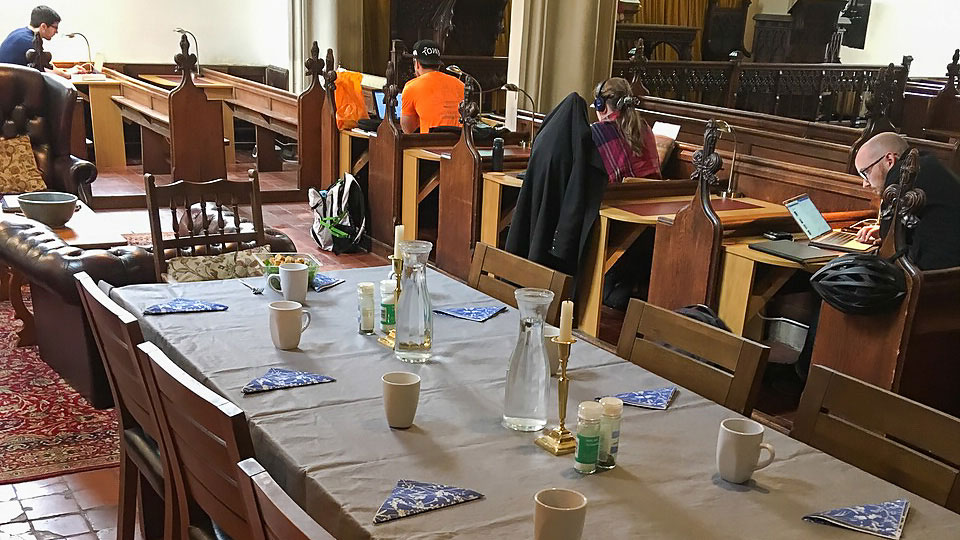 Sharing lunch around the table is an expression of our life together, providing daily opportunity for a question, seminar or reading centred around Christian Heritage’s cultural apologetics themes (please see our ‘themes’ page to learn more about these).

If you would like to join us, please send an email telling us a little about yourself, and describe your interest in one of our projects and/or what you are hoping to get out of involvement in the Round Church Scriptorium. 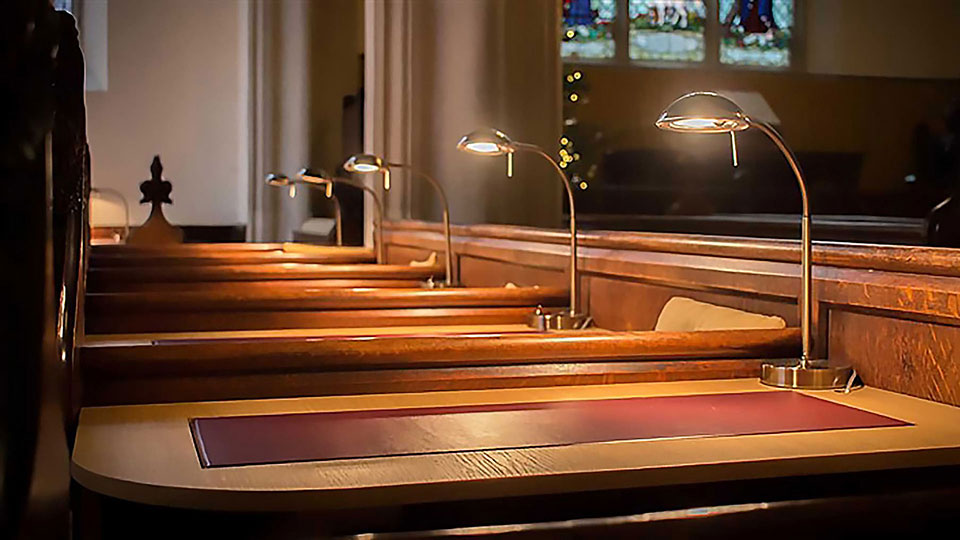