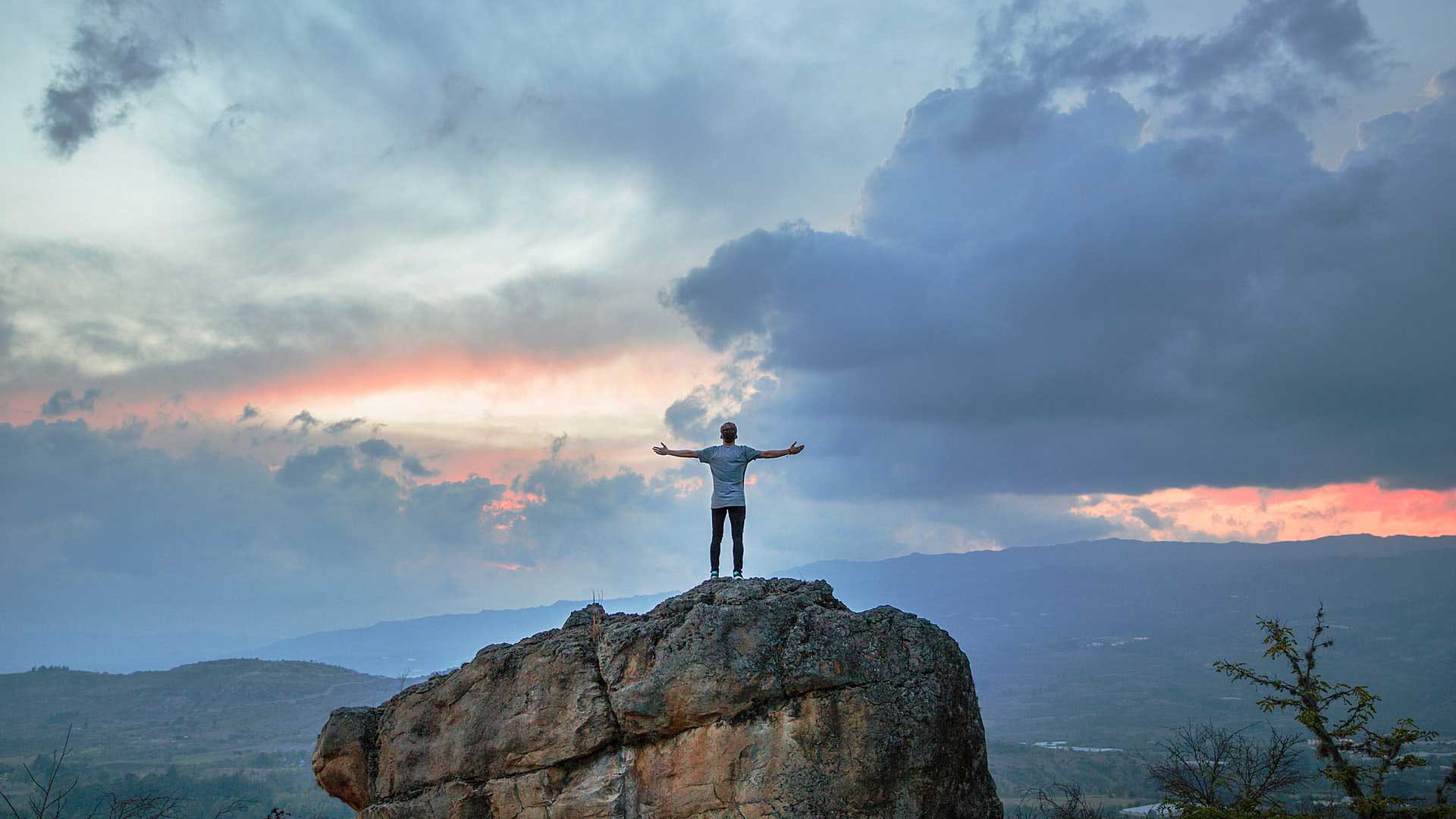 Posted at 17:18h in Articles by Joshua Kellard 2 Comments

Abraham Kuyper, as we saw in the last post, had an expansive view of what Calvinism was meant to be. Far more than a set of beliefs about salvation, it was a total worldview of its own, standing tall and providing compelling answers to life’s deepest questions. At the centre was its ‘mother principle’: the sovereignty of God over all things. Working from this axiom, it addressed every area of life with a God-centred program for renewal. A skilled vision-caster, Kuyper would use the rest of his Stone lectures to demonstrate the real difference that Calvinism could make in each area of life, and he began, quite understandably, with religion.

In his second lecture, Kuyper set out to answer three basic questions:

– What difference does Calvinism make in the sphere of religion?

– What sort of Church organisation is encouraged by applying Calvinism?

– How does Calvinism transform morality?

We will briefly summarise Kuyper’s answers to these questions, thinking as we go about their relevance to us today.

Religion: Of God, by God and For God

Is religion primarily for people or for God? When Kuyper posed this question, Karl Marx had recently made his own views known: religion was from the people, and for the people. It was a self-administered drug for the masses, keeping them in a state of delusion about the real value of their lives. Others of Kuyper’s day, while rejecting Marx’s cynicism, shared his belief that religion was fundamentally a human invention, valuable only insofar as it served human interests. Kuyper rejected such a view wholesale. True religion wasn’t manufactured by human beings, but was revealed by God and existed for His glory alone. It was not primarily concerned with people, but with the creating, sustaining, reigning Lord. Any benefits to which it led were not to be its primary motives. Rather, religion was about God and informed from start to finish by God’s desires. This was to be expected, of course, given Calvinism’s absolute commitment to God’s sovereignty over all things. Religion, like everything else, must exist for God.

Although it is a basic point, the idea of the God-centred nature of true religion is no less controversial today than it was in Kuyper’s time. We are all familiar, sadly, with religion which simply provides some God-talk to go along with our cultural commitment to self-expression and individual success. When Christian leaders write books with titles like, ‘Become a Better You’, ‘Your Best Life Now’, and ‘The Guide to Being Glorious You’, we are seeing evidence of a faith in bondage to the most egoistic impulses of our modern culture. When a president snatches photo opportunities, Bible in hand, while seemingly oblivious to the demands of that same Bible for justice and truth, the same dynamic is at play. Likewise, the many attempts made today to marry Christian faith with attitudes and behaviours antithetical to it, whether those of the LGBTQI+ movement, white supremacy groups, or the pro-choice lobby, betray the rise of a religion more in sync with the desires of people than with God’s Word. And it is to God’s Word that we must look, according to Kuyper, if we are hungry for something more than popular human causes dressed up in religious robes.

Calvin and the World of Priestcraft

It is to the question of robes, and those who wear them, that Kuyper now turns. Where does Calvinism leave the priesthood? At this point we have to remember Calvin’s own context, and his task of framing the theology of a movement which was responding to over a millennium of hierarchical, priest-centered church life. Everything within the Christianity of the 16th Century was mediated by human beings: prayers and requests were made through saints and the Virgin Mary, forgiveness was relayed from heaven through priests, and grace was dispensed in the sacraments: again, through priests. Nothing happened without mediation. No one could approach God directly. Into this arena stepped Calvin, preaching a faith of direct access to the Triune God, through no mediator but Christ alone. The implication, of course, was that no one except the perfect God-man could mediate between sinful humanity and a holy God. Kuyper was keen to point out that only this understanding of salvation allowed God to be sovereign over the saving of humanity. No human help was needed! The implications were seismic: any hierarchy of merit which placed some Christians in need of the intercession and help of others (usually priests) actually undermined the good news of Jesus Christ. The New Testament, taught Luther and Calvin, pointed the way to a new priesthood: Christ Himself as the ultimate Priest, who alone could represent human beings before God, and all Christians made, in a wonderful and new way, priests of God in Him. And this vision, so fresh and yet so resonant with the simplicity of the early Church, was destined to lead to change. While the medieval concept of the Church had tended in an institutional direction, with the Church functioning as a dispenser of grace, Calvinism held to an organic view. The Church was a spiritual organism, the body of Christ, led and governed by Him from heaven. Unlike Catholicism, which taught the right of the church in Rome and its Bishop, the Pope, to govern all other branches of the Church, Calvinism insisted that all congregations were equal before God, and none were to govern any of the others. There was to be no priestly caste or class, because all true believers were recognised as priests of God. The authority in the Church came from Christ Himself, was passed to the congregations who held to His Word, and from them was passed to elders and deacons who were expected to serve under Christ. At one and the same time, Kuyper declared, the Church was a monarchy and a democracy.

In closing, Kuyper asked how Calvinism had transformed human morality. What happened when its fragrance began to drift on the air of the culture at large? Was it a good influence, or a negative one? His answer was striking. He argued that Calvinism, by bringing people before the majesty of God, changed their dispositions in a far more extensive way than any other religious system could. It avoided two opposing errors: that of antinomianism (‘lawlessness’) and that of nomism (‘legalism’) by emphasising that the New Birth which God gives to believers must be accompanied by repentance. Calvinism had always held that when people are made right with God by his grace as a gift, the result will be a radically different outlook on life, one which places God at the centre. Kuyper illustrated this outlook with reference to a famous indictment against England’s Calvinists: their notorious opposition to card-playing, theatre and dance. Kuyper points out that in each of these practices, Calvinists saw something which drew people away from God and degraded their own humanity. With card-playing, a belief in random chance and willingness to risk all for the thrill of the game was substituted for trust in God and a commitment to hard work. Families were shattered and lives ruined as a result of devotion to the dice. Without condemning drama in itself, Calvinists realised that the theatre had largely become an arena for sexual exploitation and degradation, almost always weighted against women. No one who believed in the dignity of human beings could give their support to entertainment which took advantage of the loss of another’s innocence, surely? And in the case of dancing, Kuyper made the point that during the heyday of Calvinism, as in his day, dance as a social convention was associated with all kinds of obscenity and indecency. He pointed out that the moral purity and concern for innocence displayed by Calvinists is something to be honoured, not sneered at. He ended with a challenge: which other system of belief has managed to raise humanity to such a high standard of ethical seriousness? If it was a question worth pondering long and hard in 1898, how much more should we be giving thought to it today?