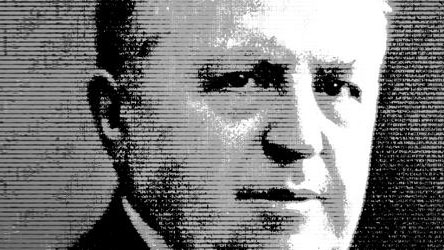 08 May A Man for All Spheres: Five Reasons to Read Abraham Kuyper

Posted at 11:45h in Articles by Joshua Kellard 0 Comments

Few figures of the modern period have shaped evangelical Christianity as profoundly as Abraham Kuyper. Despite this, his legacy is little-appreciated today, even in those circles where his ideas still exert great influence. In the evangelical household he seems to play the role of the mysterious great-uncle who has given the family a wonderful collection of furniture pieces: a great oak dresser, a set of grand bookcases and a couple of ripened armchairs, all of which shape the inside of the house and control its traffic-flow. Although we are vaguely aware that the furniture came from him, and couldn’t imagine the house without them, the details of his life and accomplishments remain fuzzy: after all, we never met him, and the stories about him have often come down to us through, ahem, some of the more ‘colourful’ members of the family.

November 2020 marks a hundred years since Kuyper passed into glory, and we could do worse than to treat this centenary as an opportunity to get to know a man who, in fascinating ways, has shaped a tradition which itself continues to transform the world. As an aid in this quest, over the next three weeks we’ll be introducing what is perhaps Kuyper’s best-known work: the 1898 Lectures on Calvinism, given at Princeton Theological Seminary. In six brief speeches, Kuyper advanced a surprising and bold thesis: that Calvinism, understood as an all-encompassing worldview, provides the only sure basis for the future of western civilisation. We will profile the lectures and explore Kuyper’s compelling vision of a Christianity which had something to say to a public sphere which, even in his day, was deeply secular.

If you are not yet persuaded that it will be a journey worth taking, let me briefly outline five reasons why Kuyper is worth reading today:

1. He resisted the sacred/secular divide before it was cool to do so.

Kuyper had no time for a private Christianity which had everything to do with the closet and nothing to say to the culture.

2. He thought deeply about how society can be organised to allow all to flourish.

One of his key ideas was ‘sphere sovereignty’: the notion that society functions best when it is composed of independent spheres (family, state, school, etc.) which flourish as they respect the boundaries of the other domains of life. As I write this, the world is being convulsed by the fallout from the COVID-19 pandemic. Questions which just months ago would have seemed theoretical now press themselves upon us: how much authority should the State have to govern our freedoms? Should attempts to stop the spread of the disease override obligations to comfort and be with dying family members? Kuyper’s thinking can help us with such questions.

3. He was no armchair theorist.

Kuyper was both thoughtful activist and active thinker. He did not believe that one could develop a Christian mind without also developing a Christian conscience. At various times, and often in combination, he worked as pastor, journalist, professor, university Rector, politician and, later in life, as Prime Minister of the Netherlands, testifying to his belief that truth is meant to serve God and people in every arena of life.

4. He cared deeply for the poor.

Kuyper’s career can be seen as a sustained effort to empower and give a voice in public life to a Dutch lower middle-class which he believed was particularly vulnerable to the ‘progressive’ planning of an elite unfriendly to their way of life. There is something Gandalf-like in his love of the ‘kleine luyden’ (‘little people’). We find in him a populist streak, to be sure, but one rooted in a profound and real concern for the lives of his poorer countrymen.

5. He was a devotional thinker.

Kuyper’s central and oft-repeated message was that Christ is Lord of all, and his life and writings testify that this conviction extended first to his own heart and mind. A great writer of devotional literature as well as of theology and cultural comment, Kuyper urged those around him to take God and His Word with all seriousness, and to seek to worship Him above all.

Much more could be said about Kuyper’s life and reach, including his influence on Christian scholarship and apologetics, but that will have to wait. In the meantime, this series continues next week with a look at his first Stone Lecture, Calvinism as a Life-System.